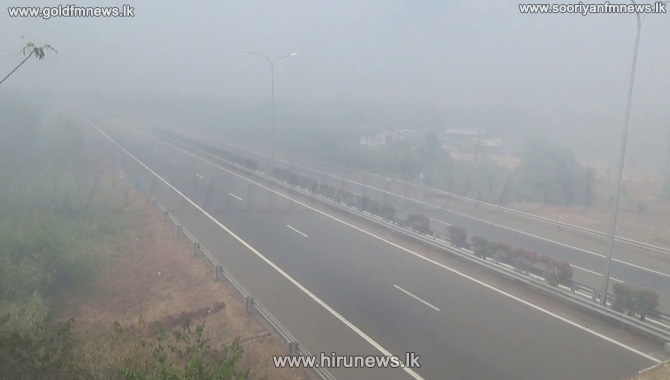 The Hiru correspondents stated that the Colombo-Katunayake road which had been temporarily closed due to the smoke caused by a fire has not been opened yet.

Chairman of the Seeduwa-Katunayake Urban Council W. Sarath Peiris stated that the fire had erupted at the Municipal Council garbage disposal site in Ambalangamulla.

The fire has been extinguished by the Negombo Municipal Council and the Expressway Maintenance unit Fire trucks but the smoke still remains.

This is the first time that the Katunayake Expressway has been closed down temporarily or completely since 2013.