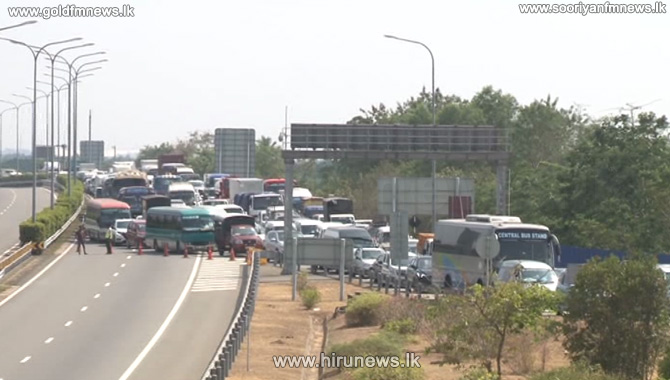 The Police media division states that section from Peliyagoda to Jaela of the Colombo-Katunayake Expressway which was temporarily closed due to a fire has been opened.

The police said that the move was taken due to heavy traffic congestion around Peliyagoda.

The Road Development Authority also stated that vehicles could travel free of charge in this section until 9.00pm.

Meanwhile, an Air Force Bell-212 helicopter was also used this evening to douse the fire.