Body, of Police Constable who was abducted, found from a jungle in Pannala – Paramour also suspected to be involved 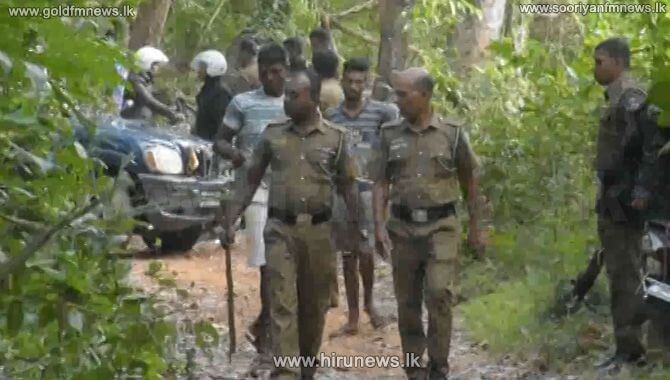 It is suspected that the paramour of the Police Constable of the Kadawatha Police station who was killed was also involved in the murder.

The body, of the Police Constable was found from a jungle area in Bulugoda area in Pannala – Werahera.

The 37 year old Constable has had an affair with the Aunt of the Wife of D Manju – a drug dealer who was killed in a shootout with the Police STF few months ago.

CCTV footage revealed that the Police Constable had been abducted in Kiribathgoda by a group who had arrived in a three-wheeler.

The elder son of the female, with whom the Constable had the affair, was among the group who took him to Pannala, nearly 100 Kilometers away.

The main suspect named SUDDA had been later arrested by the Police along with another individual.