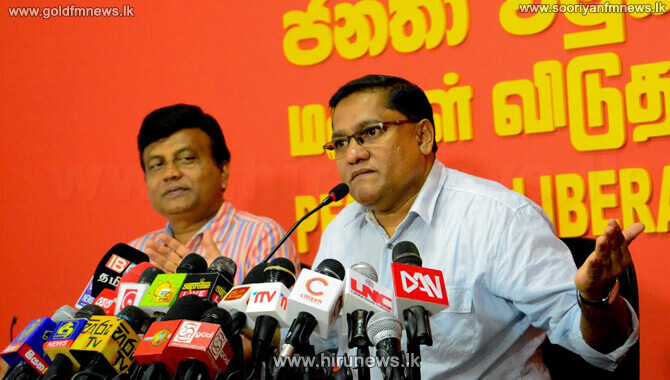 The JVP states that the supporters of the United National Party (UNP) are disillusioned with the crisis in the party.

The Propaganda Secretary of the JVP, Parliamentarian Vijitha Herath stated this while participating at a press conference held in Colombo today.

Speaking further, the parliamentarian stated that in the history of both parties point to internal conflicts when they have been defeated in an election.

The MP also stated that similar conflicts have been witnessed with the United People Freedom Alliance (UPFA) recently and currently UNP is faced with an internal conflict after the elections.