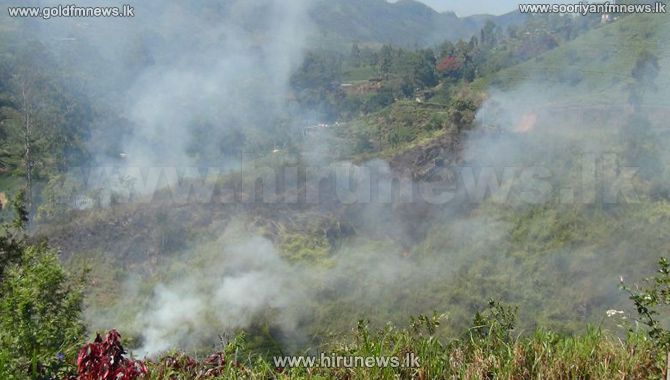 A fire broke out this afternoon in the Bopattalawa mountain range towards the western slope from the Nuwara Eliya - Bogawantalawa State Farm.

It is reported that the residents of the area and the police are working to contain the fire.

The police suspect that human activity may have caused the fire.

Meanwhile, Western Provincial Council Commissioner Kasun Epaseneviratne stated that the Muthurajawela mangroves system has not been damaged due to the fire that erupted in the garbage disposal section at the Seeduwa - Ambalangamulla area.

This was in response to a query by the Hiru news team regarding the message circulating on social media stating that the ecosystem has been set on fire.