Prime minister says the financial crisis can be resolved 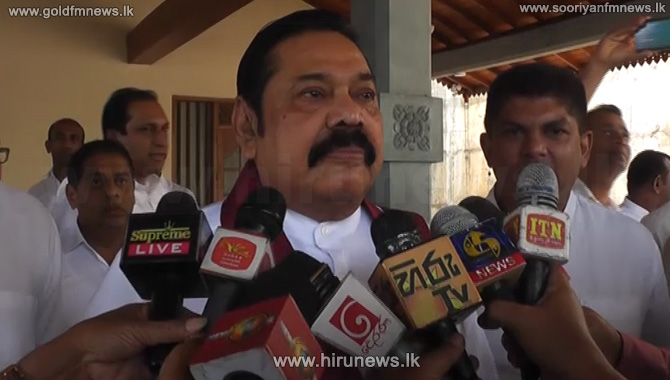 Prime minister Mahinda Rajapaksa says resolving the current financial crisis is not an issue for his government.

He made this comment while addressing the media in Kandy.

Prime minister Mahinda Rajapaksa who arrived in Kandy today engaged in religious observations at the temple of the tooth relic.

Thereafter the prime minister expressed his views to the media.

When inquired regarding the protests faced due to the former president siding with him, the prime minister noted that his representatives signed the agreement with the SLNP before the election and therefore they have to accept the person the SLNP
sends.