5 killed in an accident in Omanthai, 21 injured 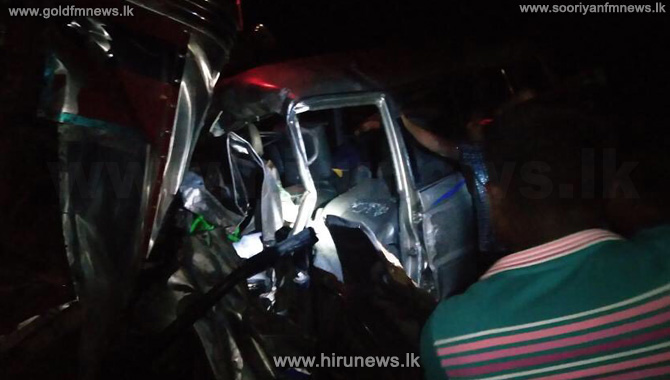 Owing to a head-on collision between an SLTB bus and a Jeep which occurred on the Kandy- Jaffna A9 road near Omanthai- Panikkurnirau 5 individuals have died and 21 others have been injured and admitted to the Vavuniya hospital.

The police public relations division noted that the accident occurred around 7.50 pm last night and that the bus and the jeep both caught fire during the rescue operation to drag those injured.

Those who were killed owing to the accident were the 4 individuals traveling in the jeep, along with a woman who were residents of Wellawatta.

Police noted that all of them died owing to burns and their remains have been placed at the Vavuniya hospital.

The bus had been plying from Vavuniya to Point Pedro during the accident and the driver of the bus has also been admitted to hospital owing to injuries.