Entering elections to save the country from haters; A statement from the prime minister 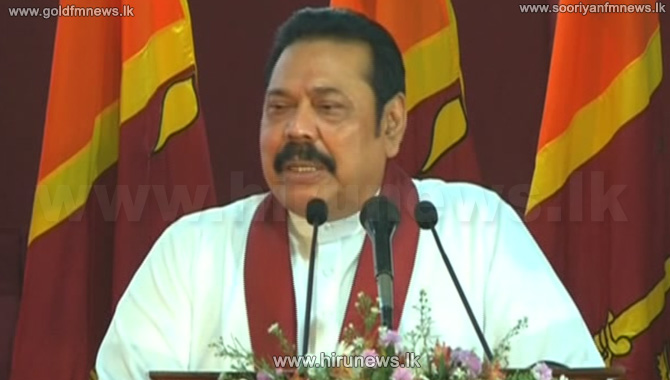 Prime Minister Mahinda Rajapaksa said that he was going for the election to protect the country from those endowed with hatred.

The Prime Minister said so while declaring open the Matara – Hambanthota section of the Southern Expressway yesterday.

On this occasion the President and the Prime minister unveiled a plaque in reminiscence of the inauguration of the Expressway.

Subsequently the investiture of the Expressway on the public took place with religious blessings.