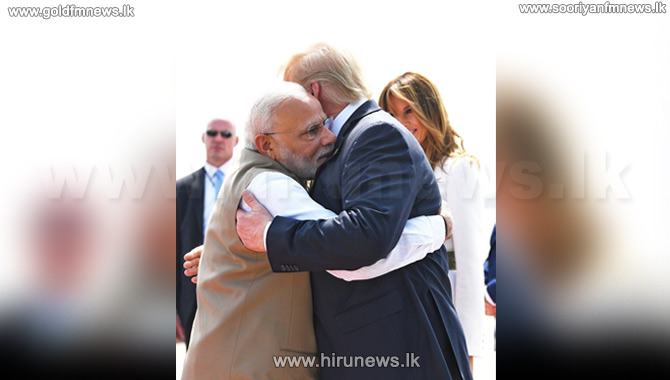 US President Donald Trump has arrived in India where he is expected to receive a massive public reception at a cricket stadium in Gujarat state.

Trump was personally welcomed by Prime Minister Narendra Modi who enveloped him in a bear hug as soon as he emerged.

Crowds have already begun to fill the stadium in Ahmedabad city where the two leaders will address a rally.

His first official trip to India will focus on deepening ties between the world's two largest democracies.