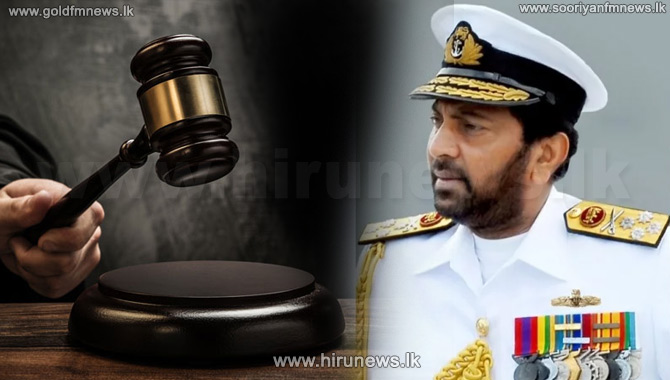 The Colombo Permanent High Court at Bar issued  summons on Admiral of the Fleet Wasantha Karannagoda.
The summons was issued through the Defence Secretary today.

Admiral of the Fleet Wasantha Karannagoda has been named the 14th suspect of the abduction and enforced disappearance of 11 youths of Colombo and suburbs in 2008 and 2009.

The case has been filed under 662 indictments.

The judges also ordered to send a copy of the summons to the suspect under the registered post as well.

The court also ordered to hand over the summons to a relative or a domestic worker of Karannagoda’s residence and paste another copy on a clearly visible place in his house.

The panel of judges was critical over the disability to hand over summons to one of the top former security officers in the country.
They also stated that the matter cannot be taken for granted.

In addition, the court stated that police should be shamed over its inability to serve the summons and law should be equally implemented to all citizens.
The case will be taken for hearing again on March 20th.

Summons was issued on former navy commander admiral Wasantha karannagoda for the third time through the Acting IGP and the Navy Commander on February 7th.