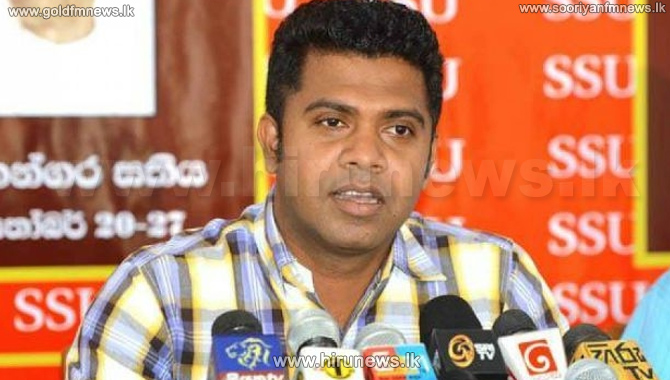 The JVP states that their party does not have a need to form an alliance with the Muslim Congress for the next general election.

The Member of the Political Bureau of the JVP Parliamentarian Nalinda Jayatissa stated that this was a tactic used by the leader of the Muslim Congress, Rauf Hakeem.

The JVP issuing a statement stated that that there is no truth regarding the formation of an alliance and that this is only a concept of parliamentarian Rauff Hakeem.

The communique further states that there has been no discussion regarding contesting as an alliance with the Tamil National Alliance and the Sri Lanka Muslim Congress.

SLMC Leader Rauff Hakeem stated in Kandy yesterday that they would be discussing with the Tamil National Alliance and the JVP, with regard to forming an alliance at the next general election.