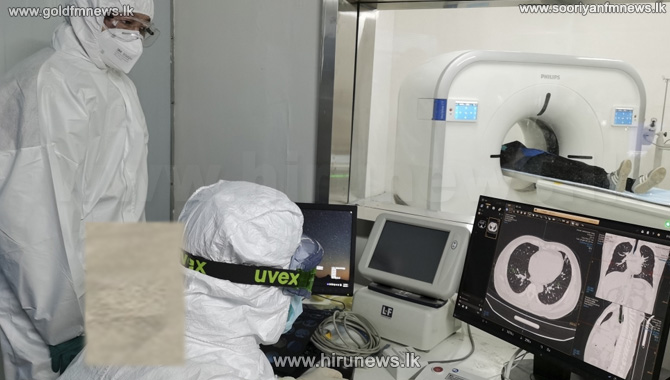 A fifth person infected with the coronavirus has died in Italy, the chief of the Civil Protection agency said today, with more than 200 cases reported in the north of the country since Friday.

Italian media reported that the dead patient was 88 and came from the region of Lombardy.

The spread of the virus has disrupted high profile events including the Milan Fashion Week and the Venice Carnival while Serie A football matches have been postponed.

Operas have also had to be cancelled at Milan's famed La Scala.

South Korea confirmed 70 more COVID-19 cases this afternoon, bringing its total tally to 833, by far the largest cluster outside China.

The updated figures on the website of the Korea Centers for Disease Control and Prevention brought the country's daily increase to 231, its highest to date.

South Korea has seen a rapid surge in the number of coronavirus cases in recent days after a cluster of infections emerged from a religious sect in the southern city of Daegu last week.

Meanwhile, twelve people have died and 61 people have been infected with COVID-19, Iran's Deputy Health Minister Iraj Harirchi said during a news conference on state TV today as the government pledged to be transparent with its figures on a deadly outbreak of the coronavirus in the country, amid allegations of a cover-up.

Afghanistan's health minister said today that the country has identified its first confirmed case of COVID-19.

Ferozuddin Feroz, the minister of public health, told a press conference in Kabul that one of three suspected cases tested positive for the coronavirus in the western province of Herat.

Kuwait and Bahrain confirmed their first COVID-19 cases today as well, the countries' health ministries announced, adding that the individuals had come from Iran.

The coronavirus has spread to more than 30 countries, with new outbreaks in Europe, the Middle East and Asia.

The proportion of infected patients dying from Covid-19 appears to be between 1% and 2%, although the World Health Organization (WHO) cautions that the mortality rate is not known yet.

WHO chief Tedros Adhanom Ghebreyesus had warned that the window of opportunity to contain the virus was "narrowing".

Meanwhile, a representative of the Sri Lankan Foreign Employment Bureau in Korea Gamini Senarath told our news team that no restrictions have been imposed by the Korean government in bringing down workers from Sri Lanka.

He further said that he was verbally advised by his Colombo office to find out whether sending Sri Lankan workers to Korea could be delayed.

Meanwhile, Joint Cabinet spokesman Bandula Gunawardana who addressed a media conference at the Government Information Department stated today that the spreading of the coronavirus in China has not caused any impact on the ongoing project in Sri Lanka.