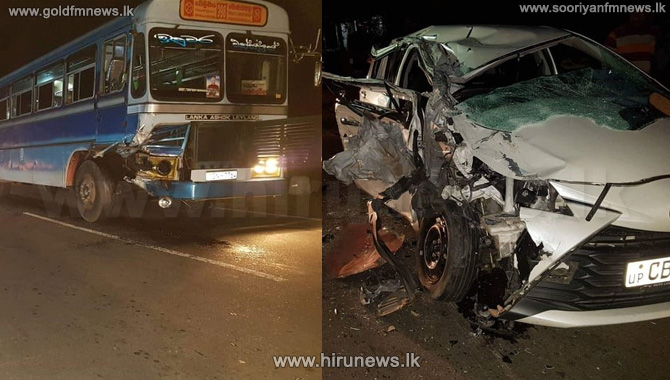 One person was killed and three others including a pregnant woman were injured in a road accident in the Kudaoya area on the Wellawaya-Thanamalwila road.

The police said that the accident had occurred when a private bus traveling from Wellawaya to Thanamalwila collided face to face with a car traveling in the opposite direction.

The 35-year-old driver of the car died in the incident. Three women who were travelling in the car were injured in the accident and was rushed to the Dehigashandiya District Hospital and later transferred to the Moneragala Hospital for further treatment.

The police stated that a pregnant woman was among the injured.