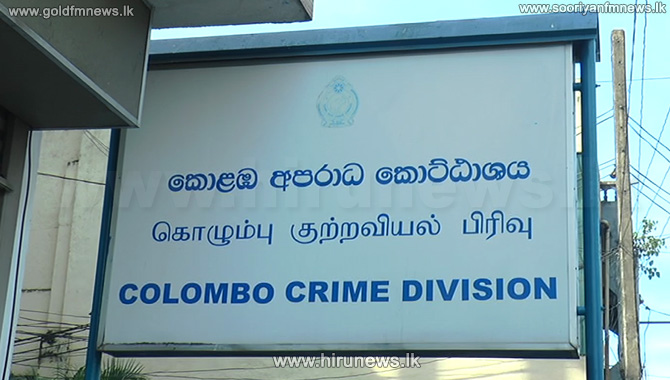 The investigations into the murder of a person in Ilimba, Horana has been handed over to the Colombo Crimes Division.

A man was who was driving a three-wheeler in Horana - Ilimba area was shot by two unidentified men on a motorbike.

The victim succumbed to his injuries after being admitted to the hospital.

The deceased was a 32-year-old resident of Ilimba, Horana.

The two unidentified suspects on the motorbike had previously fired at a three-wheeler that was parked on the Ilimba-Kandana road and a nearby house before shooting the 32-year-old victim at around 9.30pm last night.

An official from the Colombo Crimes Division stated that they are investigating into the incident.