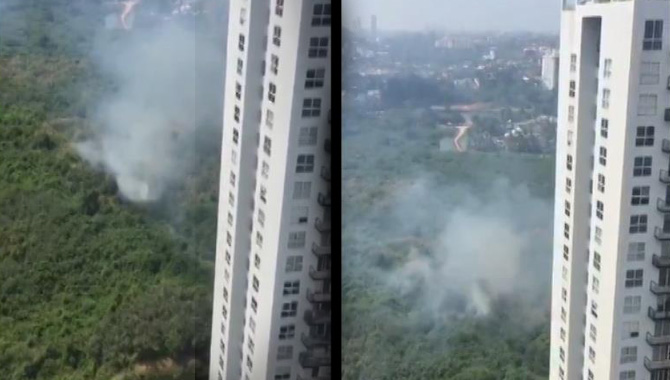 A fire has erupted at a marshy land on the Rajagiriya-Buthgamuwa road. Air Force Spokesperson Group Captain Gihan Seneviratne told the Hiru news team that a Bell 212 helicopter has been deployed to douse the fire.

The fire broke out this afternoon and four fire trucks were deployed by the Kotte Municipal Fire Brigade.

However, the Disaster Management Center stated that since these vehicles were unable to reach the site of the fire, the assistance of the Airforce was obtained.