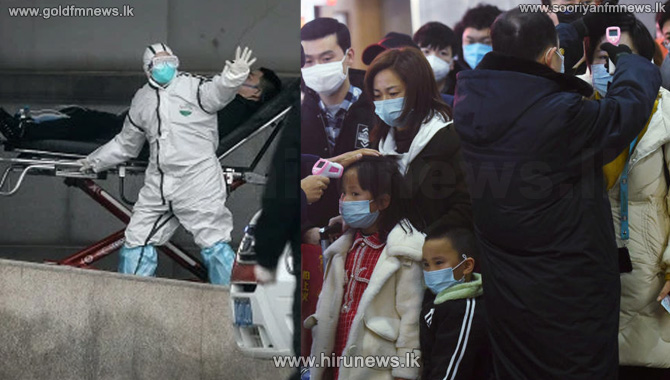 New deaths amounting to 52 have been reported from China due to the Kovid-19 virus.

That country reported that in comparison with last week, it is a lesser number of deaths.

2715 deaths have been reported as a result of the Virus from China only, up to now.

At the same time during the past 24 hours 406 new patients have been reported to have been infected and 401 among them are from the Hubei Province.