JVP SAYS THEY WILL OPPOSE SIGNING OF THE MCC AGREEMENT, IF IT HAPPENS 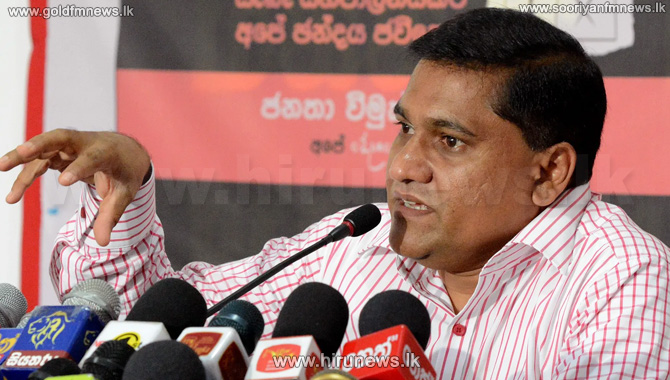 The Janatha Vimukthi Peramuna stated that if the Millennium Challenge Corporation or the MCC agreement is signed, they will express their objections.

The Party Propaganda Secretary, Member of Parliament Vijitha Herath made this statement at a media briefing held in Colombo today.

The State Minister said on this occasion that a new procedure to abolish this Agreement should be followed.

The State Minister emphasized that if the Agreement is to be signed, it should be ensured that the sovereignty of the country can be protected.