ORDERS TO PRODUCE RANJAN RAMANAYAKE BEFORE THE SUPREME COURT 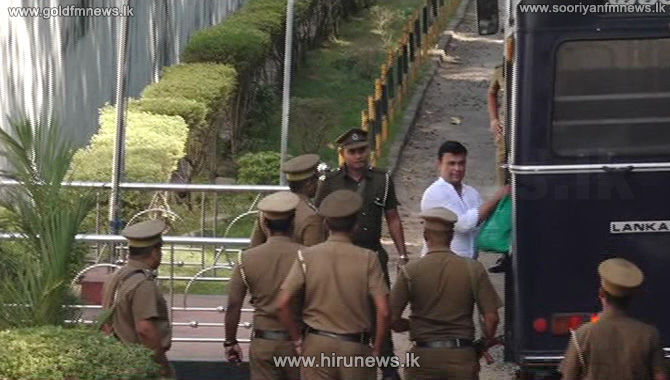 The Supreme Court ordered the Commissioner General of Prisons to produce before the court, Member of Parliament Ranjan Ramanayake who is in remand custody at present on 29 May.

This was when the complaint against the Parliamentarian alleging that he was guilty of contempt of Court was taken up for hearing today in the presence of a three judge-bench of the Supreme Court comprising of Sisra De Abrew, Vijith Malalgoda and Preethi Padman Surasena.

Subsequent to a discussion held with then Prime Minister Ranil Wickremesinghe at Temple Trees on 21 August 2017, expressing his views to the media, MP Ranjan Ramanayake had declared that a majority of judges and lawyers in this country were corrupt.

The complaint against this statement was filed by Venerable Magalkande Sudatta Thera and retired Air Force office Sunil Perera.

Based on this complaint, the Attorney General has presented a charge sheet against MP Ranjan Ramanayake.