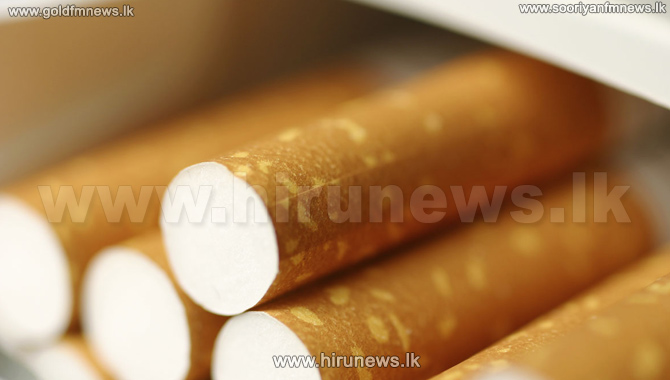 The Police Anti-Narcotics Bureau has taken into custody at the Katunayake Airport an individual with a stock of foreign cigarettes valued at more than Rs. 612,000.

The person arrested thus was a 23 year old resident in Wellampitiya – Colombo.

He had gone to Dubai expecting employment and returned to the island two months later, yesterday. It is reported that he had hidden the foreign cigarettes in a cardboard box and tried to smuggle them into the country.

The suspect is scheduled to be produced for the Negombo Magistrate’s Court on Friday.