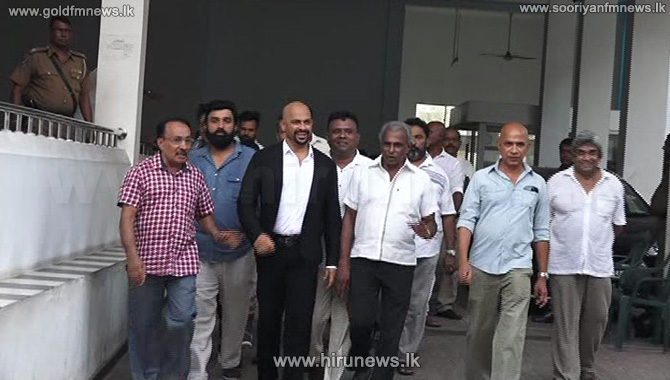 The Nugegoda Magistrate’s Court has granted bail to Member of Parliament Ranjan Ramanayake who was accused of influencing judges.

He was granted bail when he was produced before the Nugegoda magistrate Mohammed Mihail today.

The magistrate who ordered to release him on a personal bail worth 500,000 rupees also imposed an overseas travel ban on the MP.

Meanwhile the Nugegoda Magistrate Mohammed Mihail informed in open court today that the Government Analyst has said that voice tapes submitted are being compared with the voice samples obtained from Parliamentarian Ranjan Ramanayake.

Meanwhile, the Nugegoda Magistrate’s Court is to deliver a ruling on the 2nd of March on Attorney General’s request for a warrant for the arrest of interdicted High Court Judge Gihan Pilapitiya.

The decision was taken when the writ petition filed by interdicted High Court Judge Gihan Pilapitiyawas was taken up for hearing today.