WORK TO RULE CAMPAIGN FROM TEACHERS AND PRINCIPALS FROM TOMORROW 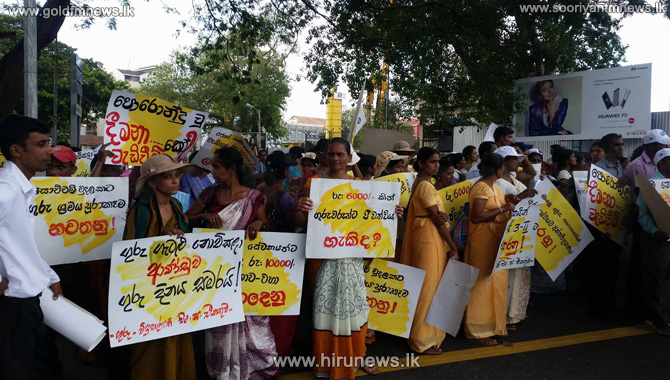 18 Teachers’ Unions have decided to engage in teaching only during school hours, from tomorrow.

They launched a sick notes campaign today based on several demands including making the teaching and principals’ service a closed service.

At the same time teacher-principal unions engaged in a protest opposite the Education Ministry and since authorities did not grant them an opportunity for discussions, teachers have decided, according to General Secretary of the Lanka Teaching Services Union Joseph Stalin, to carry out only teaching and not engage in any other extra activities until 16 of next month.

He further said that if no solution is granted, they will engage in a continuous strike for five days from 16 March.