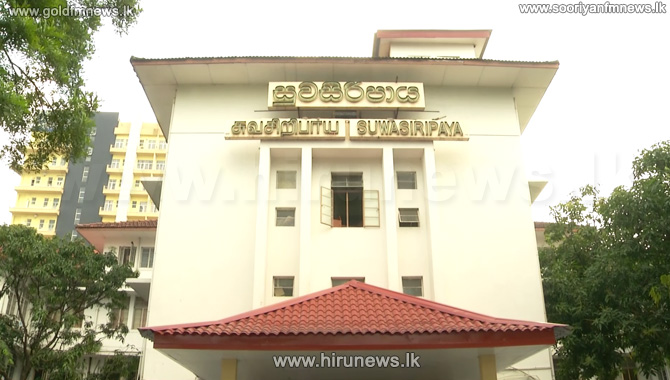 The National Action Protection Committee on the Corona Virus met yesterday (25) evening suddenly at the Ministry of Health on the instructions of the Minister of Health and Indigenous Medicine, Women and Children’s Affairs and Social Protect, Pavithra Wanniarachchi.

The main reason for the meeting of the National Action Protection Committee on the Corona Virus was the rapid spread of the virus in Korea, Italy and Middle Eastern countries. The Director General of Health Services Consultant Dr. Anil Jasinghe presented a detailed report at this committee meeting regarding the present situation of the Corona Virus in the world.

Discussions were held on actions to be taken to prevent the virus from spreading when Sri Lankans living especially in Korea, Italy and Middle Eastern countries return to the island for the New Year celebrations and holiday season and also the arrival of tourists.

About 25,000 Sri Lankan workers are engaged in employment in South Korea and now it has become a country where the Corona Virus is spreading rapidly. It was recommended that when these workers return to the island for the New Year holiday season they should be subject to inspections and anyone suffering from symptoms of the disease be asked to engage in 14 days quarantine in their own homes.

At the same time, it was decided to use protective equipment and subject tourists arriving on large passenger ships through the Galle and Colombo Ports, to thorough examination and to control their arrivals by imposing emigration laws.

It was also decided to raise awareness among health authorities to subject to examination and review foreign fishermen who enter this country through Fisheries Harbours.

Another decision was made to obtain information on groups of tourists who come in aircraft, prior to arriving in this country through agents of tourism.

Meanwhile, in addition to the 17 hospitals allocated for treating those infected with the Corona Virus, and also in addition to the quarantine center set up in the Diyathalawa Army Camp premises, the Committee recommended that four other quarantine centers be set up close to Colombo, and based in the Southern Province, Central and Northwestern Provinces, the Ministry Media Unit said.

The National Action Protection Committee on the Corona Virus has taken steps to inform the Minister of Health and Indigenous Medicine, Women and Children’s Affairs and Social Protect, Pavithra Wanniarachchi on these decisions made and she has expressed her views on them too.

“Although the Corona Virus was spreading rapidly in many countries around the world, we in Sri Lanka were able to prevent the virus from spreading in this country due to actions taken by us during the immediate past and to send back to China a Chinese woman who was infected with the virus, subsequent to treating her. This virus is once again becoming a threat. The World Health Organization has said that this is a pandemic of international level. The main reason for this is because the virus is spreading in countries such as Italy and South Korea, very rapidly. Groups from South Korea and our children are returning to the country from South Korea. Therefore we have to make huge preparations to prevent the virus from entering the country and spreading here. We have to re-establish the steps we took during the immediate past. Yesterday, the National Action Committee met at the Ministry of Health. We will have to take stronger steps to prevent to the virus from entering the country, unlike those taken to stop the virus from spreading to Sri Lanka from China. The reason is because there are a large number of Sri Lankans living in South Korea and it was discussed what action should be taken if persons with symptoms of the disease come back to Sri Lanka. Accordingly, a number of decisions were made. As a responsible government, in whichever country of the world, the Virus spreads, and if people living in those countries come to Sri Lanka we have taken all possible steps to prevent the virus from spreading.”

The Minister of Health has said that she will inform the President and the Prime Minister about this at the next Cabinet Meeting and make arrangements to put in motion those decisions that were arrived at.