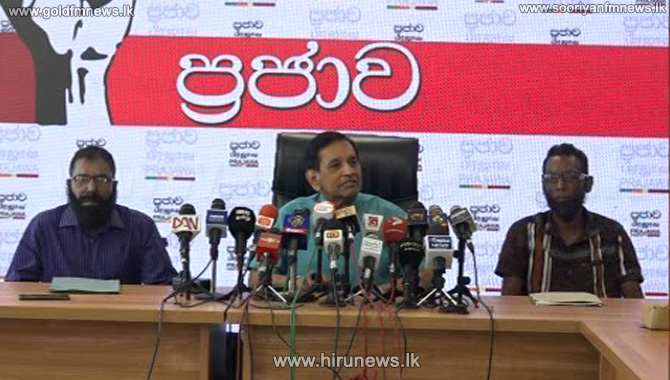 The Attorney General Department informed the court that the Government Analyst has confirmed the voice samples of the two persons appeared in the controversial white van Media conference organized by Rajitha Senarathna are matched.

Deputy Solicitor General Dilipa Peries stated the first and the second suspects of this case Sarath Kumara and Athula Sanjeeva Madanayake had worn fake beards and one of them has already discovered.

In addition, he said that a secretary of former minister Rajitha Senarathna, Malith Wijenayake has paid for the make-up done on the two suspects.

The deputy solicitor general who informed the court that Malith Wijenayake is currently gone abroad and, the investigations could be concluded after recording a statement from Wijenayake.

At the same time, the CID informed the court that the media has reported the two suspects are currently in remand with regard to another incident.

Later, the Magistrate ordered the prison authorities to produce the two suspects before the court on March 3rd.

The Magistrate informed an order will be issued on the matter on March 3rd.