A petrol bomb hurled at railway security superintendent;Unauthorised construction, motive behind the attack 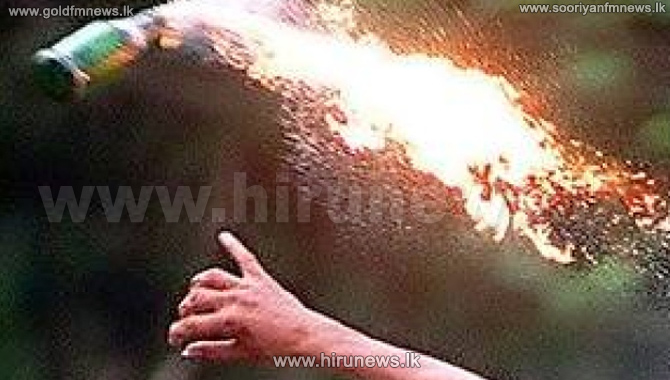 Police says that they have received information the motive behind the petrol bomb attack at Railway Assistant Security Superintendent, North and East; Ananda Rathnamalala was his action to remove an unauthorized structure.

An unknown attacker had hurled the bomb at the Assistant Security Superintendent while he was sleeping in his official quarters last night.

He had managed to douse the fire and, several railway workers had helped him to rush to the hospital.

Police have identified the attacker and investigations are continuing to arrest him.

Meanwhile, the Security Superintendent is receiving treatment for the minor injuries he received in the attack at Anuradhapura hospital.