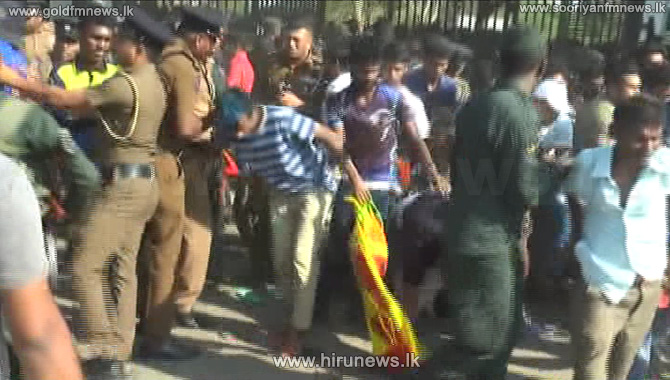 Sports Minister Dallas Alahapperuma has ordered Sri Lanka Cricket to conduct an immediate investigation to the assault on a group of cricket fans at the gate of Mahinda Rajapaksa Stadium in Suriyawewa yesterday.

The Minister has stated that such incidents cannot be tolerated at all.

The second ODI between Sri Lanka and West Indies was scheduled at Suriyawewa Mahinda Rajapaksa Stadium after a lapse of 5 years.

However, the authorities opened only two gates to enter the stadium.

Later police and STF intervened to control the situation and the fans were assaulted as well in the efforts.

In addition, Sports Minister Dallas Alahapperuma stated that he ordered an immediate investigation to the incident.

He said the report of the investigation would be forwarded to the President and the Prime Minister as well.