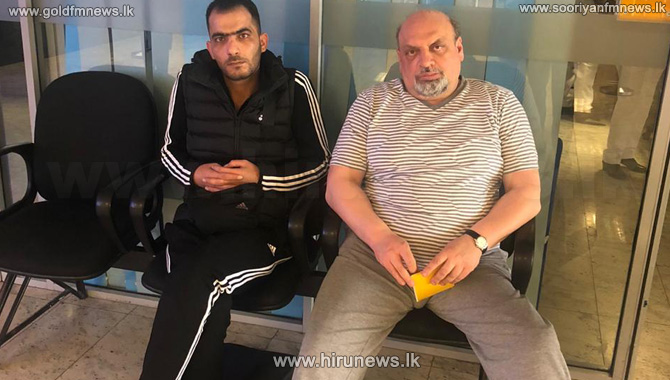 A main suspect and another individual involved in human trafficking were taken into custody by a team of Immigration and Emigration officials at the Katunayake Airport.

The suspects were taken into custody subsequent to a revelation regarding human trafficking, where Palestine nationals are brought to Sri Lanka and sent to Germany through Poland.

These two persons had arrived in Sri Lanka on an aircraft from Bahrain at about 10 this morning.

Immigration and Emigration officials who observed suspicious behaviour of the 31 year old individual who arrived thus, arrested him and carried out an investigation whereupon it was revealed that he had a false passport with him.

Later the officials had discovered his Palestine passport hidden in the suspect’s clothing.

During further questioning of the suspect it was revealed that he had arrived in Sri Lanka to go to Germany through Poland from Sri Lanka on 2 March.

The suspect had also revealed that the main person in the trafficking programme had also arrived in Sri Lanka on the same flight.

Then the officials who took immediate action, took into custody the main suspect who was in the Airport premises at the time. He is a 54 year old Palestine national.

Our Correspondent said that this person had offered US Dollars 5000 to the Immigration and Emigration officials and requested that he be released.

The Immigration and Emigration officials suspect that this suspect would have taken Palestine nationals to Germany in this manner prior to this as well.

The two suspects were handed over to the Airport Criminal Investigation Department officers for further investigation.