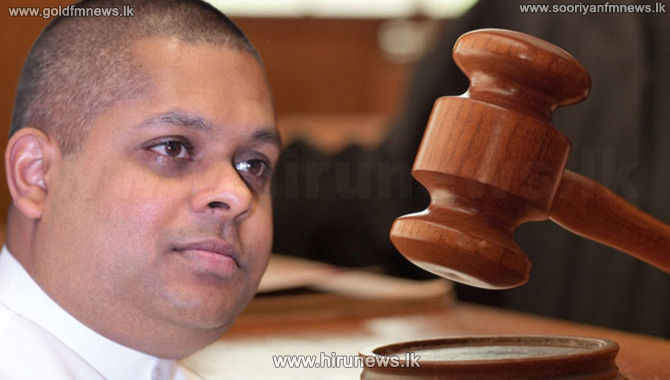 Former MP Sajin Vass Gunawardana has been remanded until March 12th in connection with influencing the witnesses of a case against him.

The Attorney General has sued Gunawardana for amassing property of over 300 million rupees during a 5 year period while functioning as an MP from 2010.

When the case was taken before Colombo High Court Judge Gihan Kulatunga, the respondent was remanded for influencing witnesses.

Meanwhile, the Attorney General’s Department informed the court that the Government Analyst has confirmed that the voice samples of the two persons who appeared in the controversial Media conference organized by Rajitha Senarathna are matching.

Deputy Solicitor General Dilipa Peries stated the first and second suspects of this case Sarath Kumara and Athula Sanjeeva Madanayake had worn fake beards and one of them has already been discovered.

In addition, he said that a secretary of former minister Rajitha Senarathna, Malith Wijenayake has paid for the make-up done on the two suspects.