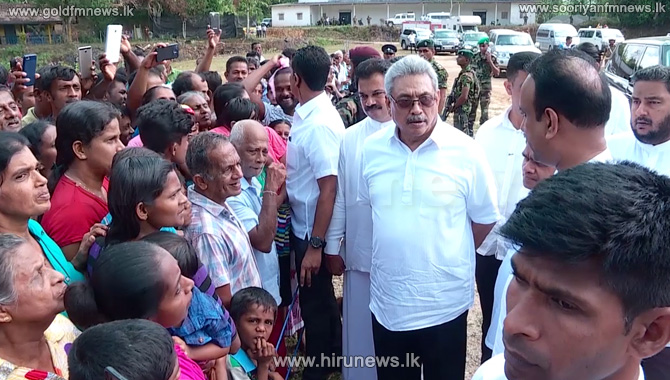 In addition, the President advised officials to take action in developing the current rubber production since it is not sufficient enough to meet local demand.

At the same time, the president has stated that it is necessary to take measures to prepare the background to teach English, Math and science subjects.

He has advised taking steps to solve the shortage of teachers in the district.

The president stated that the contractors who do not complete their projects properly should be replaced.

A series of coordinating committees will be established to address the issues pertaining to rural areas in the country.

The program was inaugurated today with the Galle District Coordinating Committee.

The president chose Homadola in Udugama which is one of the impoverished areas in the district.