ANNUAL FESTIVAL OF THE ST. ANTHONYS CHURCH ON THE KACHCHATIVU ISLAND ON 7 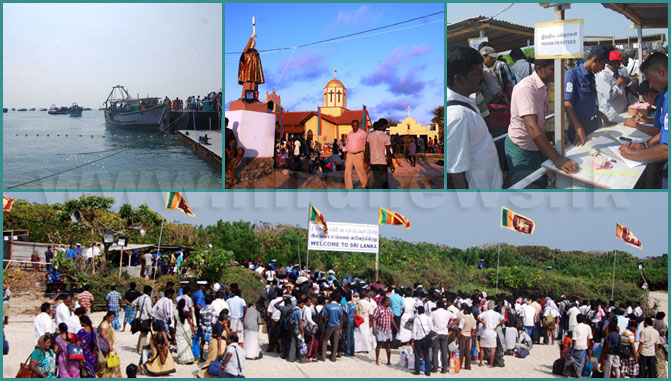 The annual festival of the St. Anthonys Church on the island of Kachchativu will be held on March 7 and all arrangements have been made, Navy Media Spokesman Lieutenant Commander Isuru Sooriyabandara said.

At a media briefing held at the Government Information Department yesterday, he said that he expects 3000 Indian devotees and about 7000 local devotes will participate in this time’s annual services.

Navy Media Spokesman Lieutenant Commander Isuru Sooriyabandara said further that electricity, sanitary facilities and all other infrastructure facilities for the festival have been provided and that together with the Northern Province District Secretariat office, the Navy will arrange required transport facilities.