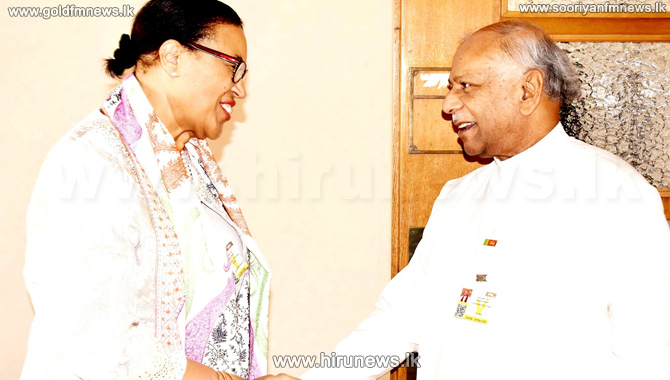 The meeting between Minister Gunawardana and Secretary-General Scotland was held on the sidelines of 43rd UNHRC session being held in Geneva.

Both Minister Gunawardana and Commonwealth Secretary-General Scotland confirmed their meeting on their Twitter accounts.

In addition, Minister Gunawardana is to meet with the UNHRC Commissioner Michelle Bachelet today.

After Sri Lanka withdrew from the co-sponsorship of the resolutions, UNHRC Commissioner Bachelet told the 43rd sessions yesterday that solutionss should be found to the issues of all communities.

However, responding to Bachelet, Minister Gunawardana said that the country withdrew from the co-sponsorship after the sovereignty of the country is taken for consideration.

He said the country would continue its commitment by appointing a local investigation commission, implement the relevant policies within the government’s commitment, commitment to implement sustainable development goals and coordinate with the UN and its agencies.