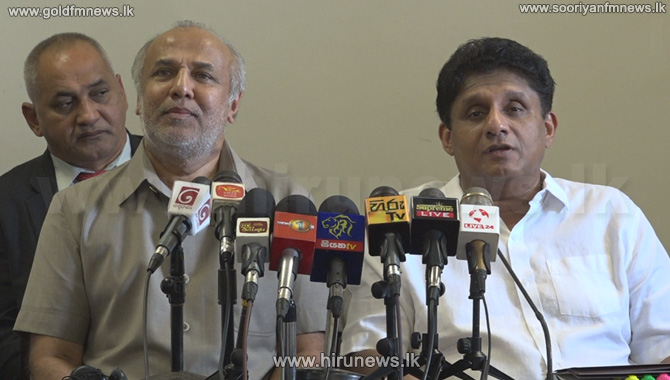 Leader of the Samagi Jana Balavegaya, Opposition Leader Sajith Premadasa said that the Sri Lanka Muslim Congress (SLMC) has agreed to give their support to his alliance at the upcoming elections.

This was mentioned during a media briefing held at the Parliamentary Complex today.

At this media briefing the leader of the SLMC, Member of Parliament Rauff Hakeem said that agreement was reached among members and parliamentarians of his party to lend support the broad Alliance, the Samagi Jana Balavegaya.

He said further, that accordingly they are ready to contest the upcoming election through that party.

At a media briefing held at the Opposition Leader’s office today, Member of Parliament Nalin Bandara said that a crisis situation has arisen within the Sri Lanka Podujana Nidahas Alliance, as of now.