Heroin worth 40 million rupees recovered from Rajagiriya and Paliyagoda 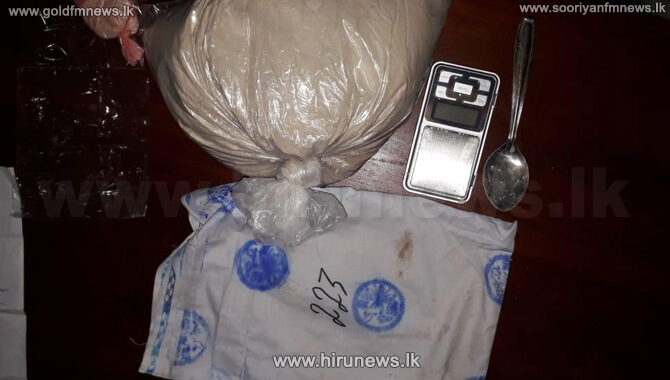 The police narcotics bureau officials arrested 2 suspects along with 30 million rupees worth of heroin in Rajagiriya last night from Rajagiriya – Koswaththa area.

The suspects were transporting 2.2 kilograms of heroin in a three wheeler at the time of the arrest.

Meanwhile, The STF has arrested a person with 1.2 kilograms of heroin worth more than 10 million rupees.

The media division of the STF announced that the heroin was seized during a raid conducted in the Paliyagoda area yesterday.

The STF has also taken into custody an electronic scale.