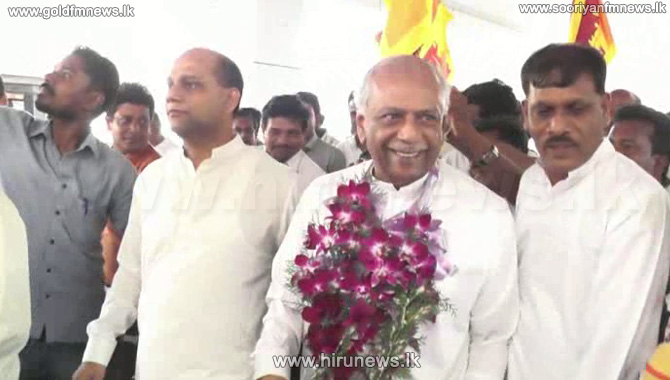 Foreign Minister Dinesh Gunawardana says after withdrawing from co-sponsorship of resolution 40/1, many countries pledged their support.

Minister Dinesh Gunawardena reiterated the Government of Sri Lanka’s decision to withdraw from co-sponsorship of resolution 40/1 and the basis for doing so.

He recalled that, one year ago, his predecessor the former Minister of Foreign Affairs had also pointed out a number of areas in the resolution that were undeliverable.