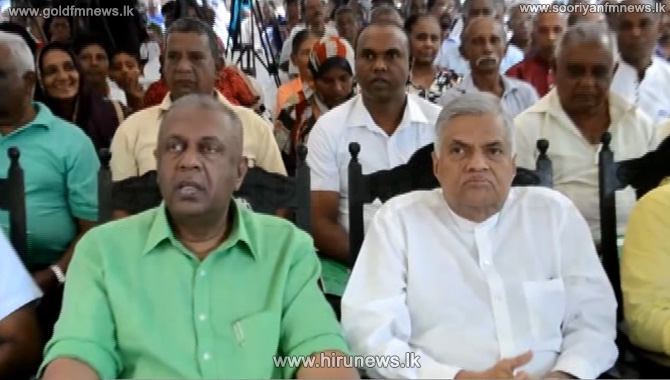 UNP Leader Ranil Wickramasingha says he is capable of establishing a parliament that can strengthen the economy.

Addressing a meeting held in Mathara he said that the forthcoming election will be contested under a broad alliance.

MP Ashok Abeysingha says whatever the decision taken by the UNP working committee, Samagi Jana Balawegaya will not contest the forthcoming election under the elephant symbol.

The MP further said that they are discussing about several symbols including the Swan symbol.