1.4 billion worth of heroin and ‘Ice’ seized from the Galle sea are – six suspects including a woman arrested 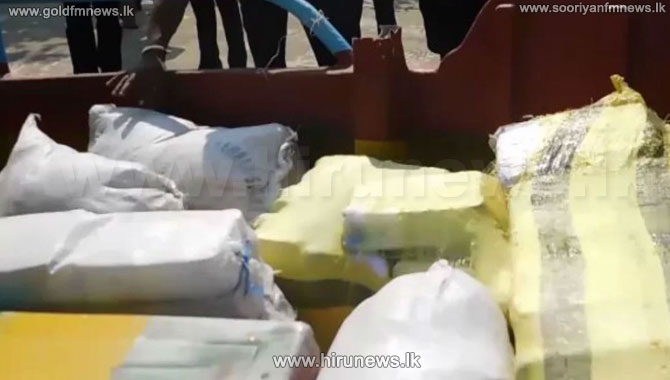 The Navy and the Police Narcotics Bureau have arrested six suspects including 74 kilograms of heroin valued at over Rs 1.4 billion and 65 kilograms of ‘Ice’, during a search operation conducted in the Galle seas.

The Police Narcotics Bureau stated that there were five men and one woman among the suspects arrested.

The suspects were arrested while transporting the drugs from a boat including a group that had come to collect the consignment on arrival of the boat.

Further investigations are being conducted regarding this matter and the suspects and the drugs have been brought to the Police Narcotics Bureau.

The Ministry of Defense stated that 8,162 persons involved in drug trafficking have been arrested from 8,227 raids conducted during the last two months by the police and the special task force.

The Navy have seized 1,127 kilograms of Kerala cannabis during raids in the last two months.