Twenty university students who were arrested have been remanded 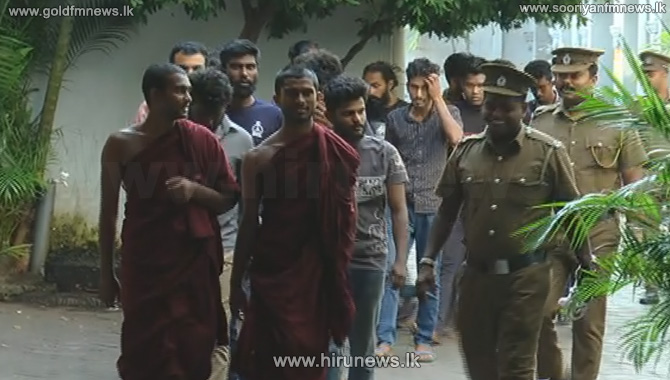 Twenty two university students, including two Buddhist monks, who were arrested while engaging  in a sathyagraha in front of the Ministry of Higher Education, have been remanded till tomorrow.

This was after they were produced before the Colombo Additional Magistrate Thanuja Lakmali Jayatunga.

The Police Media Division stated that they have been arrested on charges of violating court orders and violating the National Thoroughfares Act.

The Inter University Students Federation (IUSF) launched this Sathyagraha on the 27th of this month based on several demands including a demand to end of student repression.