Parliament to be dissolved at midnight today 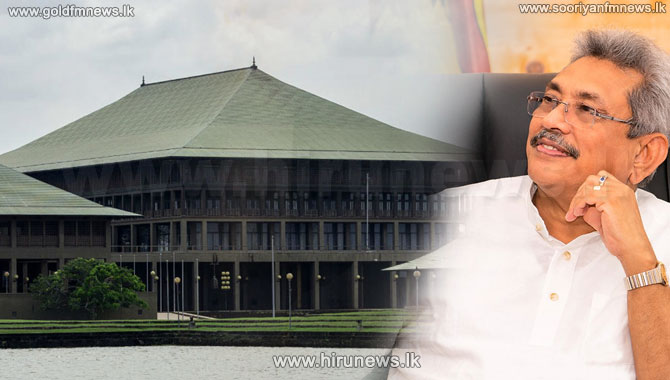 Top government sources said that parliament would be dissolved at mid-night today.

In accordance with the 19th amendment to the constitution, the 4 ½ year term of the current government ends at midnight today and therefore the president is vested with the power to dissolve the parliament.

The five-year period of the 8th parliament inaugurated on 01st September 2015  comprising the MPs elected at the parliamentary election held on 17th August 2015 is due to end in August this year.

But according to the 19th amendment the president has the power to dissolve parliament four and a half years after parliament meets.

When inquired from the government printer, Gangani Liyanage noted that she is yet to receive the communiqué over dissolving parliament.

She added that immediately upon receiving the communique, it would be announced and gazzetted.

Meanwhile, if the parliament is dissolved at midnight today, the elections commissioner Mahinda Deshapriya stated that the general election could be held between the 25th and 29th of April or on the 4th of May.