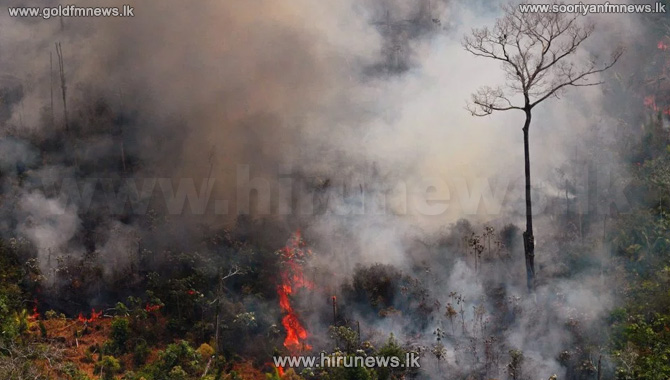 Forest fires were reported in many areas in the country due to dry weather conditions.

The assistance of an Air Force Bell 212 helicopter had to be obtained to douse the fire that had erupted at the eastern border of the Hatton-Singimalai reservation.

Our reporter said that about a 10 acre stretch of the reservation has been destroyed by the fire.

Similarly the Disaster Management Centre said that forest fires were reported in two reservations in the Ratnapura district.