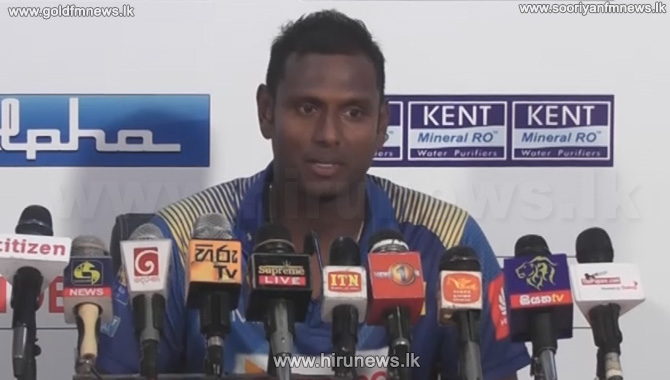 The One Day Series between Sri Lanka and the West Indies ended yesterday (01) with the Sri Lankan team winning it 3-0.

The Sri Lankan team managed to win the final ODI played between the two countries yesterday by 6 runs.

At a media briefing held subsequent to the game, Man of the Match Angelo Matthews said that he was unsuccessful as a batsman during this particular series.

Expressing his views further, Matthews said that all members of the team are playing with team spirit and that the team hopes to engage in a successful journey in the future as well.