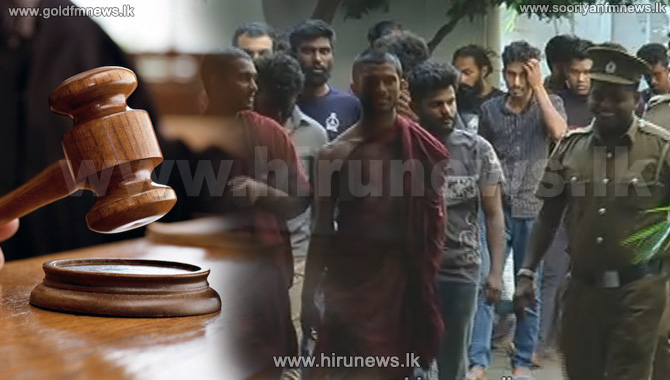 The two student Bhikkus including the twenty university students who were taken into custody and remanded while engaged in a Sathyagraha opposite the Ministry of Higher Education are scheduled to be produced before Court today as well.

The allegations against these university students include, contempt of Court while violating Court orders, behaving in a manner that caused harassment to the public by occupying public property and aiding and abetting these crimes.

The Inter University Students’ Federation commenced this Sathyagraha on 27 February opposite the Ministry of Higher Education based on several demands including stopping the suppression of students of the Ruhunu University.

Later the Police obtained an order against this Sathyagraha but the students rejected accepting it and continued with their vigil.

Accordingly, the Police arrived at the venue where the Sathyagraha was being held, took the students into custody and removed the platform where it was being carried out as well.