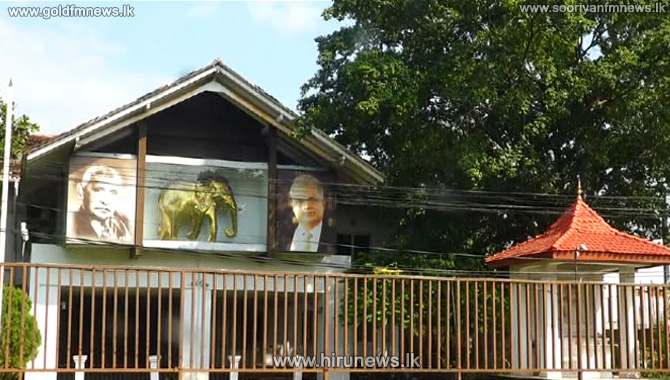 This meeting commenced yesterday night at about 7.15 pm at Sirikotha Party Headquarters under the patronage of Party Leader Ranil Wickremesinghe and Opposition Leader Sajith Premadasa.

Our Hiru Correspondent said this meeting was held for about three hours.

It is reported that seven Working Committee members including Opposition Leader Sajith Premadasa have not expressed agreement to the decision to contest the election under the elephant symbol.

Although the seven Working Committee members including Sajith Premadasa said that they wish to contest the election under the telephone symbol a majority of members of the Working Committee have expressed their objections.

Although there was a majority agreement among the Working Committee to contest the upcoming election under the Swan symbol, it is reported that since some problems arose regarding the post of General Secretary and legal questions this symbol had to be abandoned.

Political sources said that based on this situation, some members of the Working Committee including the leader of the UNP will not participate in the inauguration of the Samagi Jana Balavegaya under the leadership of Opposition Leader Sajith Premadasa.

The constitution of the Samagi Jana Balavegaya has not yet been registered, subsequent to legally registering the constitution they can consider participating in the Alliance, leader of the UNP Ranil Wickremesinghe has informed the Working Committee.

Meanwhile, issuing a statement the Opposition Leader’s office said that the meeting of the Working Committee of the UNP which was held yesterday ended without a consensus on the symbol of the Alliance under which the upcoming election will be contested.

This statement also says that certain rumours being spread by some factions that the elephant symbol was agreed upon for the new Alliance is devoid of any truth and all those declarations are being rejected.

The Opposition Leader’s office also said that if the elephant symbol is granted they will agree to it but no proper response was received for this proposal from the Working Committee.

The statements further says that instead arguments were presented and there was not even a minimum intention of reaching an agreement and amidst unproductive arguments and debates, the Working Committee meeting ended.

The statement by the Opposition Leader’s office said that accordingly, the inauguration function of the Samagi Jana Balavegaya will be held without any changes being made whatsoever.

The inaugural function of the Samagi Jana Balavegaya is due to be held at the Nelum Pokuna Theater this morning.

The function will be held under the theme ‘new wish – new journey.’