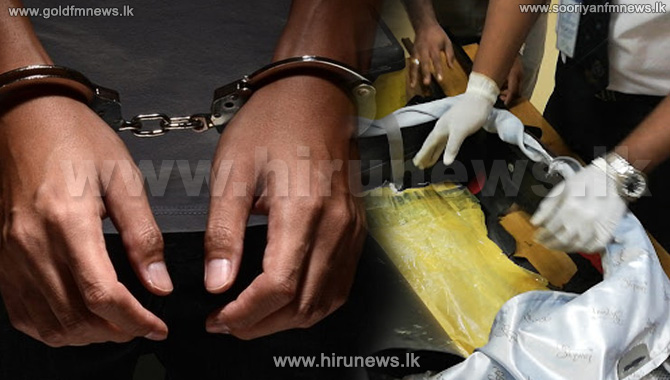 The intelligence sector of the Police Special Task Force has taken into custody today a stock of heroin and Kerala Cannabis valued at more than 100 million rupees, from a house in Kelaniya – Wanawasala.

A 44 year old Tamil suspect was also arrested by the Police on this occasion, and the weight of the stock of Heroin discovered is 10 kilos and 300 grams.

A stock of 7 kilos of Kerala cannabis was also taken into custody and these were packed in parcels.

A top police official who joined in the raid said that these drugs had been brought to this country from Afghanistan.

Police suspect that these belong to Samantha Kumara alias Wele Sudha who is in prison at present.