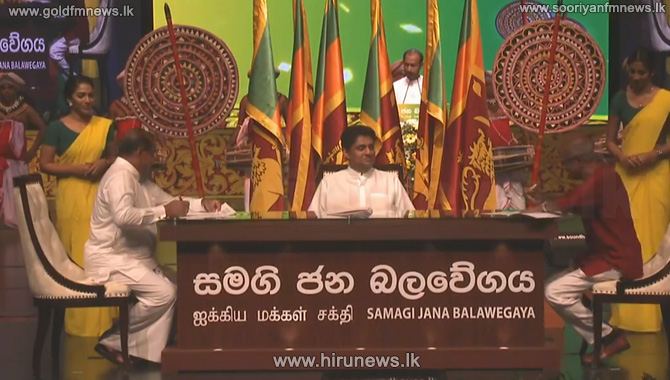 The inauguration of Samagi Jana Balavegaya led by Opposition Leader Sajith Premadasa to contest the forthcoming General Election is currently held at Colombo Lotus Pond Theater at his moment.

UNP Leader Ranil Wickremesinghe and several party seniors are conspicuously absent at the inauguration of the Samagi Jana Balavegaya.

However, the new alliance has not finalized a party symbol as yet to contest the forthcoming general election.