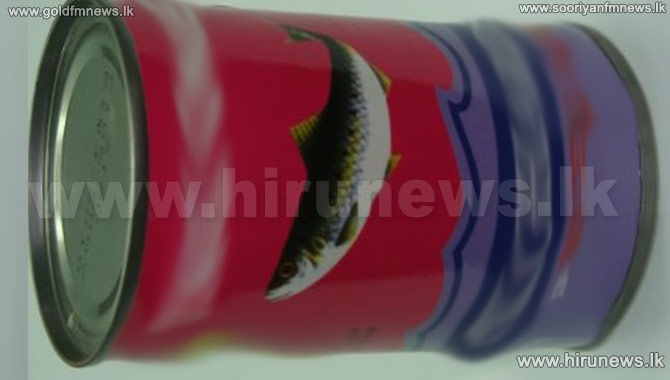 Importers have requested that 10 containers of tinned fish which have been revealed not to meet proper standards and have been imported from several countries including Chile so that they could be released by customs.

The inspections will be carried out by the Sri Lanka Standards Institution and its Director General Dr. Sidhdhika G. Senaratne said that already 5 samples have been received.

The Sri Lanka Standards Institution has not granted permission for the stock of tinned fish to be released up to now and she said that this stock is not in a condition suitable for human consumption even now.

It has been observed that the tins containing the fish have rusted already.

Anyhow, based on the request of the importers, the Deputy Directress Keerthini Suraweera of the Sri Lanka Standards Institution said that the samples of tinned fish are being subject to inspection once again.

In response to an inquiry made by the Hiru News Division from Customs Media Spokesman Sunil Jayaratne about this, he said that several containers said to contain tinned fish unsuitable for human consumption from among the 90 containers have already been sent back.