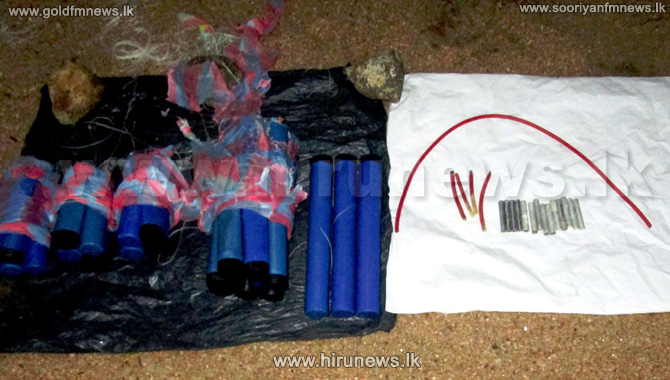 Three suspects have been arrested along with a large haul of explosives during a joint operation conducted by the Navy and the Police in Kuriyadi area in Kinniya.

It is suspected that these explosives were used for illegal fishing.

The arrested suspects are residents of the Kinniya area.