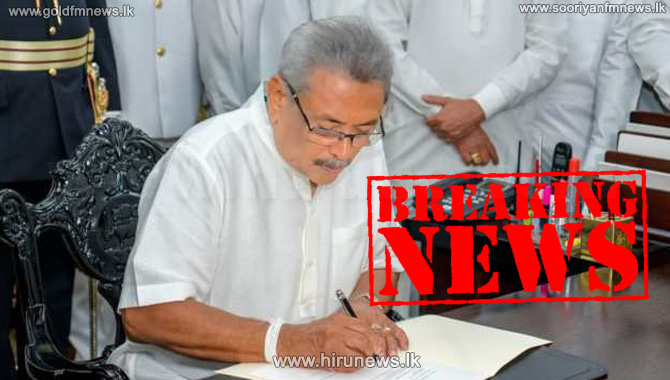 The sessions of the 8th Parliament commenced on 1st September 2015 following the general election held on 17 August 2015.

Accordingly, four years and six months of the current Parliament was completed at midnight yesterday.

Article 70 (1) of the Constitution gives the Executive President the power to dissolve Parliament after a period of four and half years.

The Parliament will be dissolved today in accordance with these provisions and the dates of the first session of the next parliament has to be specified in this notification.

According to senior government sources, elections for the 9th Parliament will be held on April 25.

According to the Parliamentary Elections Act, nominations must be accepted within 10 to 17 days after the general election is announced.

Therefore, if the gazette notification is issued to dissolve parliament from midnight today, nominations will be accepted from 12th to 19th March.

The Election Commission is also preparing to issue relevant gazette notifications in this regard.