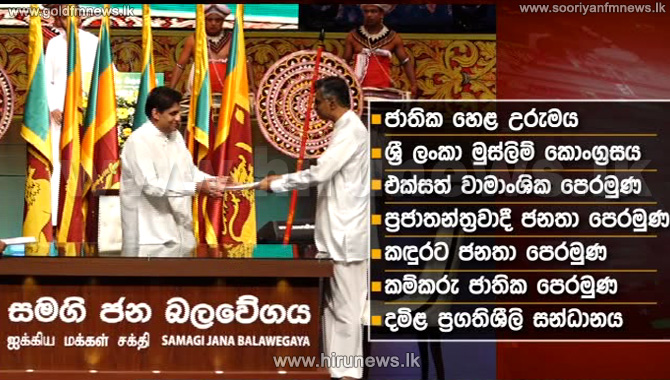 Opposition Leader Sajith Premadasa says that Samagi Jana Balavegaya which was launched by him today would end the era in which nepotism creates the national agenda of the country.

Premadasa was addressing the inaugural ceremony of Samagi Jana Balavegaya at the Lotus Pond Theater this morning.

However, the new alliance has not finalized a party symbol as yet to contest the forthcoming general election.