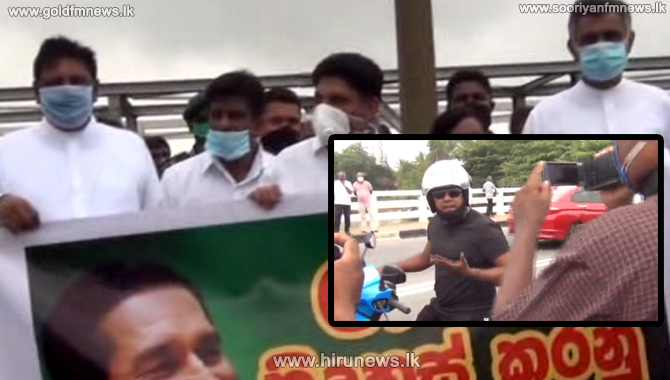 The Police have launched an investigation to find out whether regulations of the Quarantine Act have been violated during the protest organized by the Samagi Jana Balavegaya near the Kalutara Bodhi last Tuesday, requesting that former Minister Dr. Rajitha Senaratne be released.

On the instructions of Senior DIG in charge of the Western Province Deshabandhu Tennakone, this investigation is being carried out under the Superintendent of Police of Kalutara.

The Police said they are inspecting video footage in connection with the protest during investigations.

A group of persons including the leader of the Samagi Jana Balavegaya Sajith Premadasa, former Members of Parliament Patali Champika Ranawaka, Mano Ganesan, Kumara Welgama, Sarath Fonseka and Ajith P. Perera were present at this protest.