Colombo and Gampaha will reopen after 66 days - Curfew lifted at 5.00am 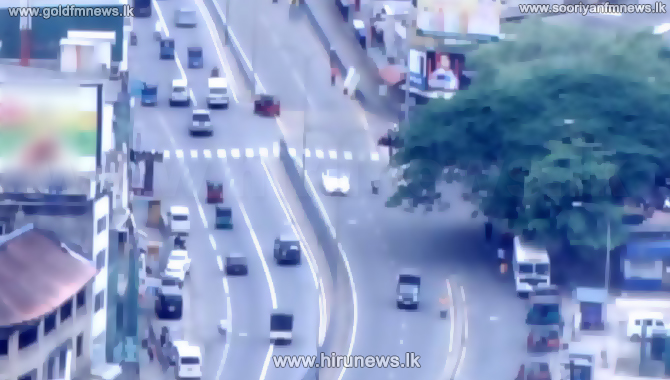 Curfew lifted at 5.00am tomorrow Tuesday 26 May
The curfew imposed in Colombo and Gampaha districts for more than two months will be temporarily relaxed tomorrow.

This is with the two day all Island curfew that will be lifted tomorrow (Tuesday, 26 May) at 5.00 am. Curfew will be effective only between 10.00 pm to 4.00 am daily in all the districts in the island from tomorrow, May 26th onwards until further notice.

Following the detection of the first Sri Lankan coronavirus patient in Sri Lanka on March 11, police curfew was imposed on March 20 in order to curb the spread of the virus.

However, after 52 days, curfew that was imposed in all districts of the island except for Colombo and Gampaha was relaxed under the program to restore the normalcy of civilian life.

Curfew lifted guidelines have to be followed
The police stated that although the curfew has been relaxed from tomorrow, guidelines prescribed by the health authorities to prevent the spread of the Coronavirus should strictly be followed during the operations of factories, institutes, offices and shops as well as public transportation.

Speaking at a press conference held at the Police Headquarters today, DIG Ajith Rohana stated that action will be taken tomorrow to arrest persons who do not maintain social distancing.

Chief Medical Officer of the Council, Ruwan Wijemuni said such business entities should follow strict health guidelines while in operation.

Railways - can get in with work ID

Meanwhile, the General Manager of Railways Dilantha Fernando stated that due to the addition of extra compartments for the trains, people who have not registered with the Department of Railways will be able to travel after producing their office Identity cards.

He further stated that the general public can use the trains in all districts excluding Colombo and Gampaha districts.

However, the Secretary of the Railway Engine Drivers Union Indika Dodamgoda stated that the trains deployed is not sufficient due to the prevailing situation.

Bus Service - 5000 buses deployed
Meanwhile, inter-provincial bus services will also be allowed to operate from tomorrow onwards in all districts except Colombo and Gampaha. Chairman of the Sri Lanka Transport Board Kingsley Ranawaka stated that 5000 buses have been deployed for this purpose.

Similarly, Minister Mahinda Amaraweera requested the public of Colombo and Gampaha districts to use buses for service requirements only.

Buses operating from the Southern Expressway will be travelling only to Kottawa. The bus service will commence at 4.30 am and will end at 6.00 pm. The fare should be charged only to the location a passenger is dropped and the buses should display the destination in the front.

The National Transport Commission has also decided to extend the present validity period of the permit of the buses up to June 30.

The Ministry issued a statement regarding the decisions taken at the meeting.

Buses travelling along five routes to Colombo will not enter Colombo but stop at the entry points as noted below.

Similarly, with the curfew in the Colombo district being lifted tomorrow, there is a trend of cleaning up the city and a group of cleaning workers have expressed their views.

Renuke Wijayawardhane, the Chief Regulatory Officer has stated that the CSE has decided to extend the trading hours from Tuesday 26th May 2020 as set out below:
Pre-open session - from 10.30 a.m. to 11.00 a.m.

Regular Trading - will commence after the Open Auction at 11.00 a.m.

Weddings
In addition, the Ministry of Health states that it is illegal to bring more than 100 people to weddings even if there is a large seating capacity in the hall.

The ministry also announced the need to maintain the minimum number of participants and to maintain personal distance in accordance with health instructions during the festivals.

During the time the function is held, it should be based on health guidelines including maintaining individual distancing of one meter. Only a maximum of 40 percent of the usual number of guests the hall can accommodate under normal situations, should be invited.

The guidelines include hand washing before entering the halls, disinfecting the utensils and furniture before the event, temperature checks, wearing of face masks, ventilation, avoiding physical greetings, displaying health guidelines and several other instructions.

Responsibility is with the people
However, it is the people who are at the forefront of the entire effort to restore normalcy to civilian life.

The Director General of Health Services Dr. Anil Jasinghe stated that the coronavirus can be eradicated from the country only if people follow proper health procedures.