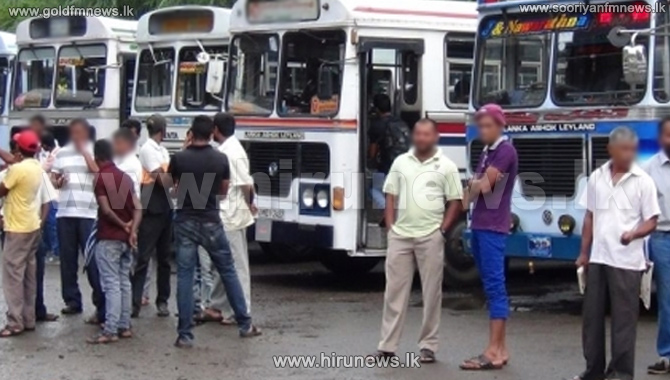 General Manager of Railways Dilantha Fernando said that it was planned to operate 31 trains from various cities to Colombo, today as well.

He said that two trains between Kandy and Badulla will be in operation for the general public for today.

The Minister in charge of the subject has ordered railway authorities to conduct an investigation immediately into an incident where at the same time during the initial stages of the Coronavirus outbreak, passengers were allowed to travel without tickets on trains.

Accordingly, the General Manager of Railways said that the investigation will be carried out by a special three-member committee.

Even though the private sector coming forward for public transport exists at a minimum the Minister of Transport Services Mahinda Amaraweera said that bus operations will be carried out to the maximum possible by using the SLTB.

Meanwhile, if the crisis of a minimum percentage of passengers travelling in private buses is to be solved bus associations have proposed to the government to expedite bringing back to normalcy government institutions.

President of the Lanka Private Bus Owners Association Gemunu Wijeratne said in connection with this proposal that government institutions should be opened very soon. He said that through this there will be more bus commuters travelling.

He further said that there are less commuters travelling in private buses since government institutions have not yet been opened.